Ascend to Our Lord

Through His resurrection, Christ fulfilled His promise to the woman at the well. “One day worshipers will worship everywhere in spirit and in truth.”

Jesus is present everywhere. In a real and essential way however, Jesus gifted us with His Body and Blood to nourish us, and to be present so that we may adore Him in His sacramental presence in the Holy Eucharist. “Do this in remembrance of me. Take and eat. Take and drink.”

The importance of the Mass is emphasized by Christ in the Gospel of John, Chapter 6, in which He repeats six times the need to eat His Flesh and drink His Blood that we may enter into eternal life.

In addition, knowing it would be the last thing He would do before His Passion and Death, Christ celebrated the Last Supper, demanding that His apostles “Do this in remembrance of Me.” The Holy Mass is a perpetual celebration of the one and same sacrifice that Jesus offered to us on the Cross.

The need for Christ’s real and abiding presence in the Holy Mass can be seen throughout history. In the catacombs to avoid persecution, the early Church secretly celebrated Mass.

In the leper colonies of Molokai, St. Damien brought Holy Communion to nourish the sick. In Russian gulags, Father Walter Ciszek would consecrate hidden pieces of bread to make Christ present in the Holy Eucharist. In the Nazi concentration camp, Mass was celebrated by Father Maximilian Kolbe.

Hidden in houses in China and England and Mexico during times of persecution, the Holy Mass was celebrated.

If Jesus’ presence in the Holy Eucharist was simply a symbol, why would countless martyrs have risked their lives to celebrate the Mass? Our Lord, as He faced His Passion asked Peter, “Could you not stay awake one hour with Me?” 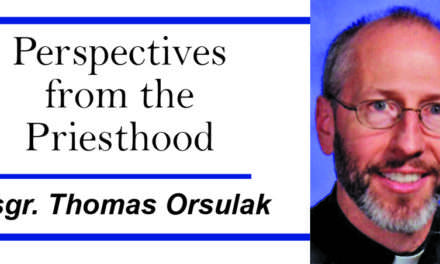 Dreaming of a Church wedding