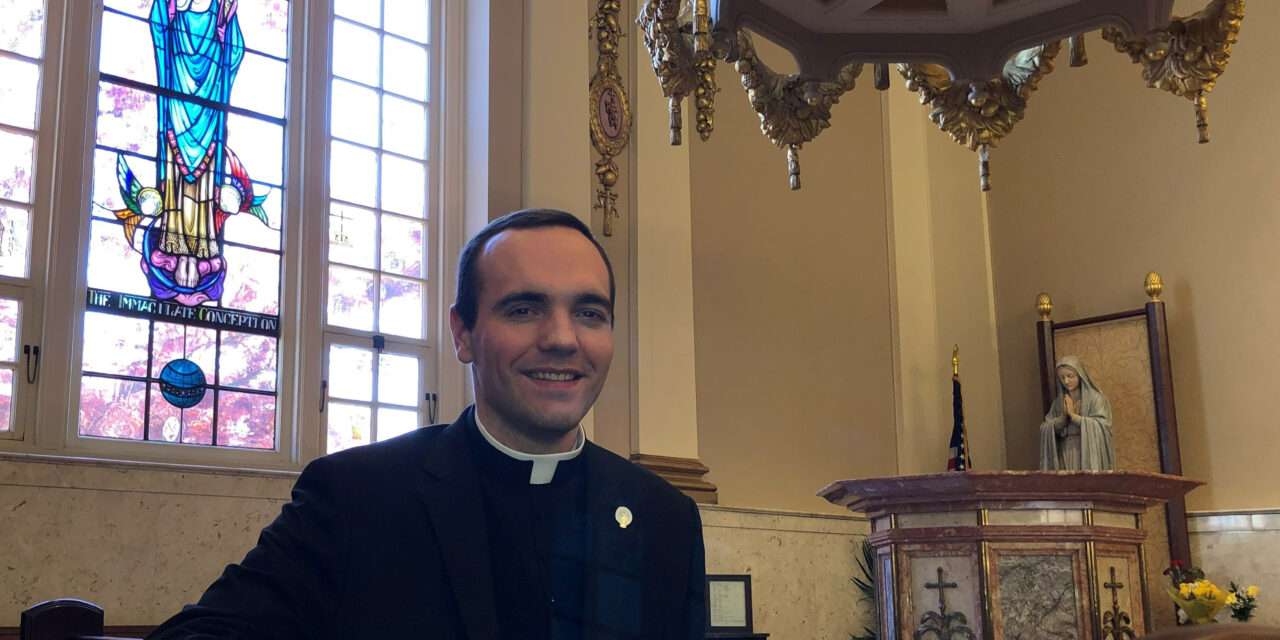 Rev. Mr. Matthew J. Kuna will be ordained a priest by Bishop Alfred Schlert Saturday, June 4 at 10:30 a.m. at the Cathedral of St. Catharine of Siena, Allentown.

Kuna, 28, has been studying at St. Charles Borromeo Seminary, Philadelphia, and has been serving this year as a Transitional Deacon at the Cathedral.

As the final days tick by until his Ordination, Kuna says he is excited – both at the prospect of completing his education and beginning his chosen vocation, and at the prospect of being a priest here in the Diocese of Allentown.

“My whole life of faith has been grounded here,” he said. “Being a priest in this Diocese – my local Church – is going to be one of the greatest privileges of my life.”

Kuna has spent many quiet hours in one of his favorite places to pray, at the Blessed Mother window near the left front of the Cathedral. “The light pours in beautifully there,” he said, “just as Our Lady does for all of us.”

Kuna attended St. Thomas More School, Allentown; graduated from Bethlehem Catholic High School; and earned a bachelor of science degree in education, with a concentration on Spanish and English as a second language, from Kutztown University, before answering the call to the Priesthood.

“I had always wanted to be a classroom teacher, and perhaps a principal someday, but I started to see that those same things that I enjoyed about education – self-sacrifice, building community, and loving those you serve – would also be part of serving as a priest,” he said.

Armed with this realization, and after many conversations with Father John Doris, a friend and a priest in the Diocese of Scranton, Kuna contacted the Diocese of Allentown about entering the seminary.

He is a son of Anne and the late Mark Kuna, and has two younger brothers, Ryan and Scott.

Kuna will use a chalice and paten that previously were used in a former parish, and were restored by his mother as a gift in honor of his late father.

The Priesthood runs in his family – his maternal grandmother’s three brothers were Catholic priests.

At a Holy Hour at 6:30 p.m. on June 3, the Friday evening before Kuna’s Ordination, Bishop Schlert will consecrate the Diocese of Allentown to the Most Sacred Heart of Jesus. June is the month dedicated to the Sacred Heart.

All are welcome to attend the Holy Hour and the Ordination.

The Holy Hour and the Ordination Mass will be livestreamed on AD Today (click the Ordination Banner at the top of the home page) and on the diocesan Facebook and YouTube pages. 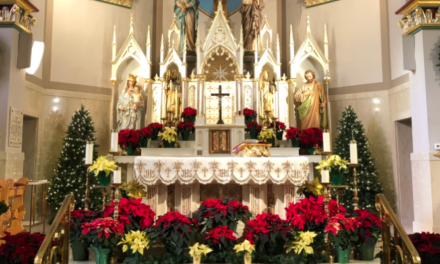 With Christmas on a Saturday This Year, How Does the Mass Obligation Work That Weekend? 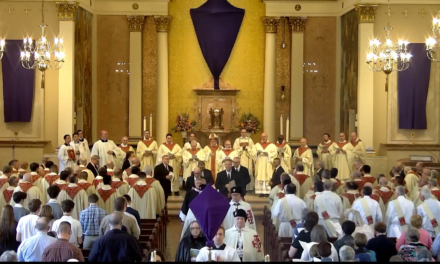 Priests of Diocese are “Choir of Many Voices” Singing in Harmony for the Benefit of All, Bishop Schlert Says at Chrism Mass 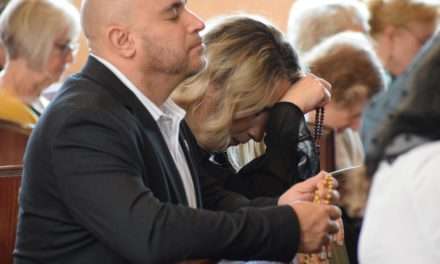