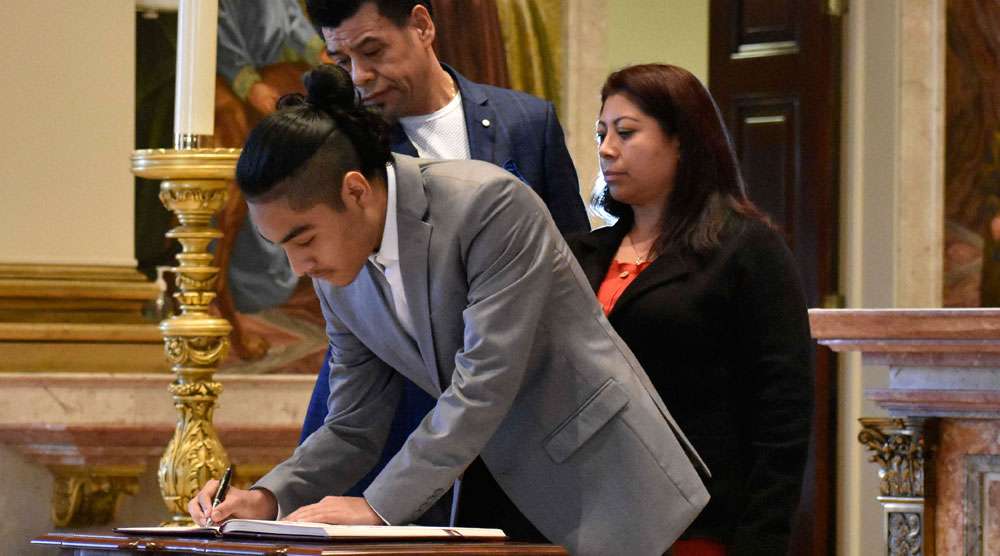 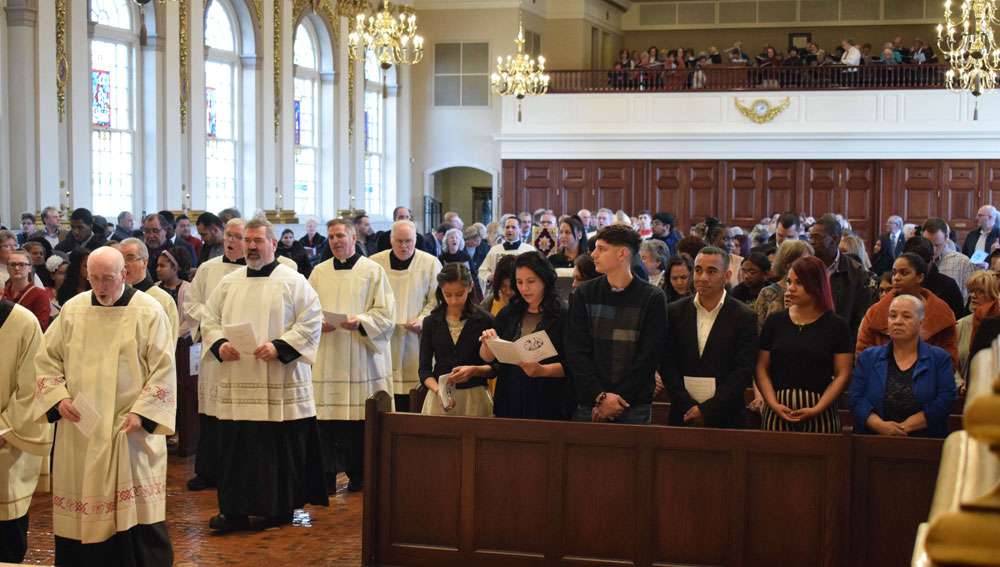 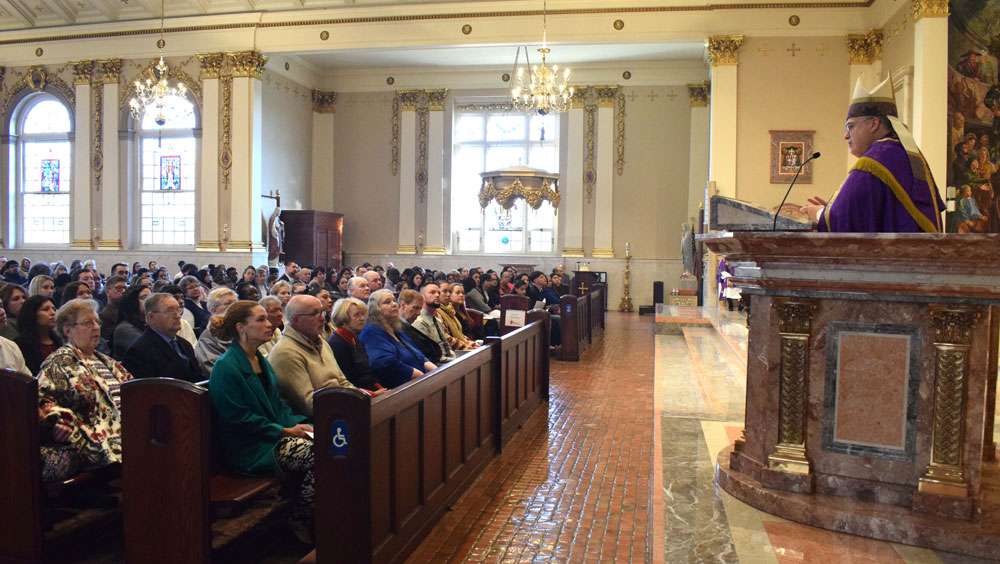 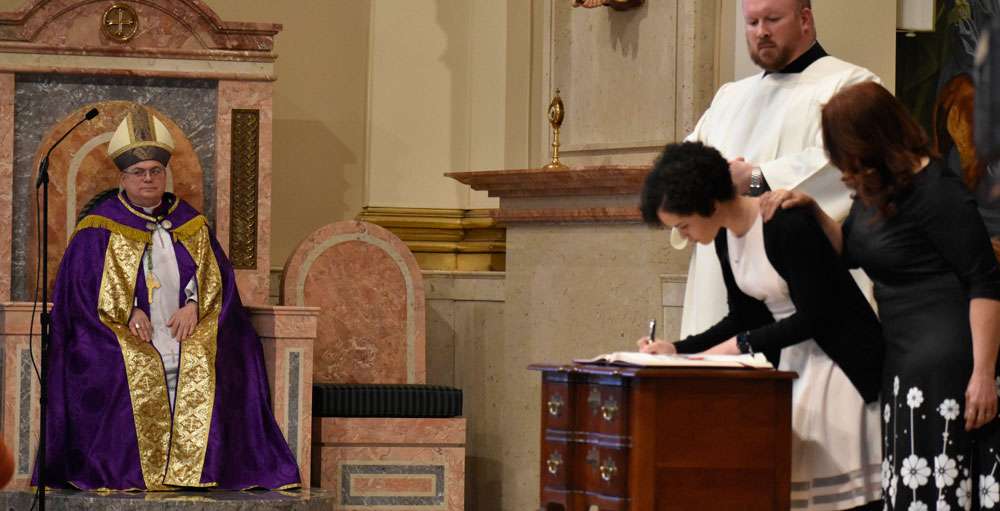 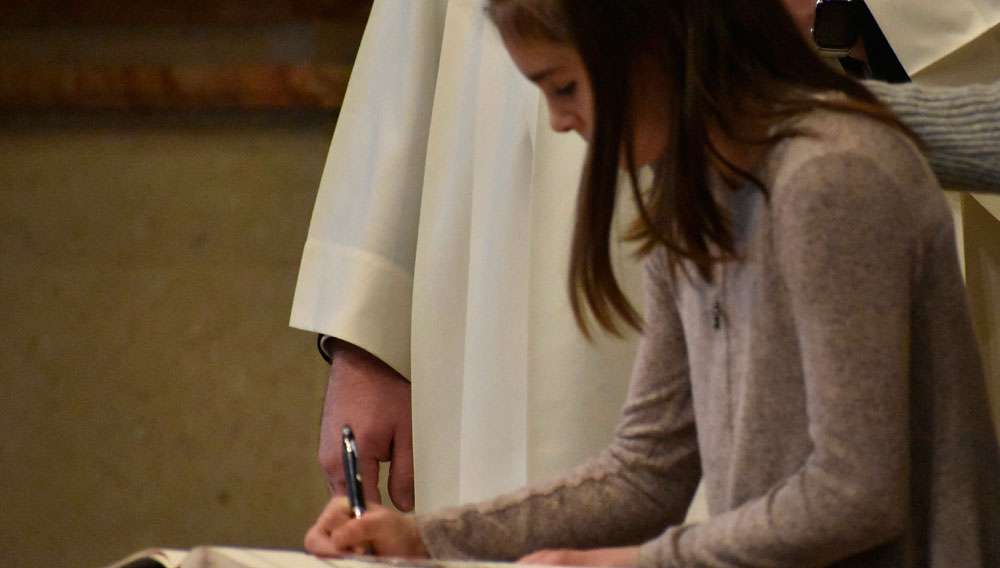 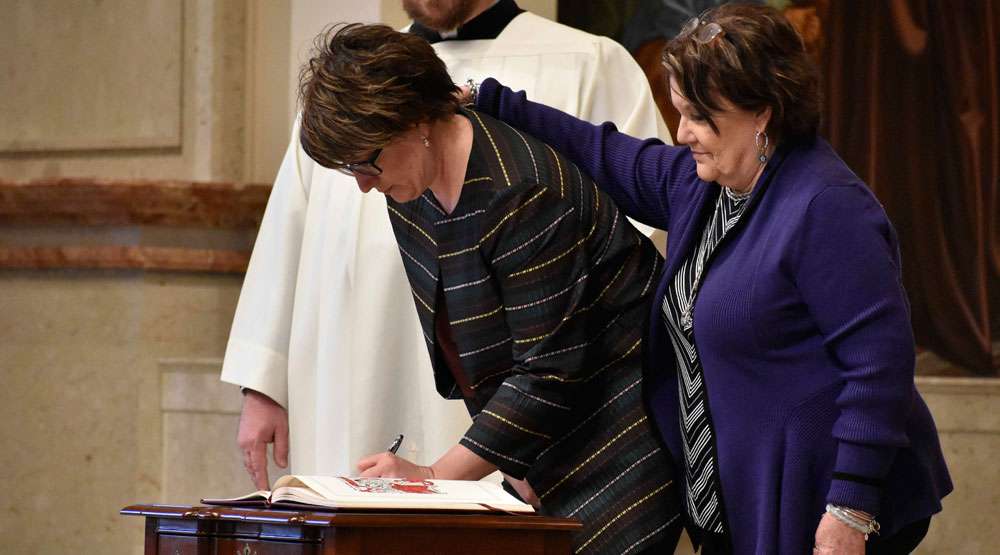 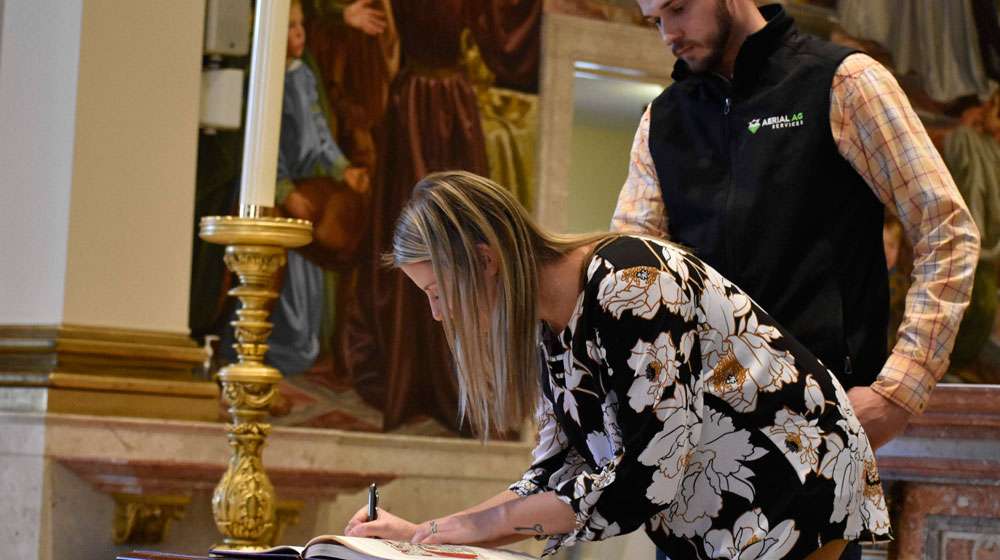 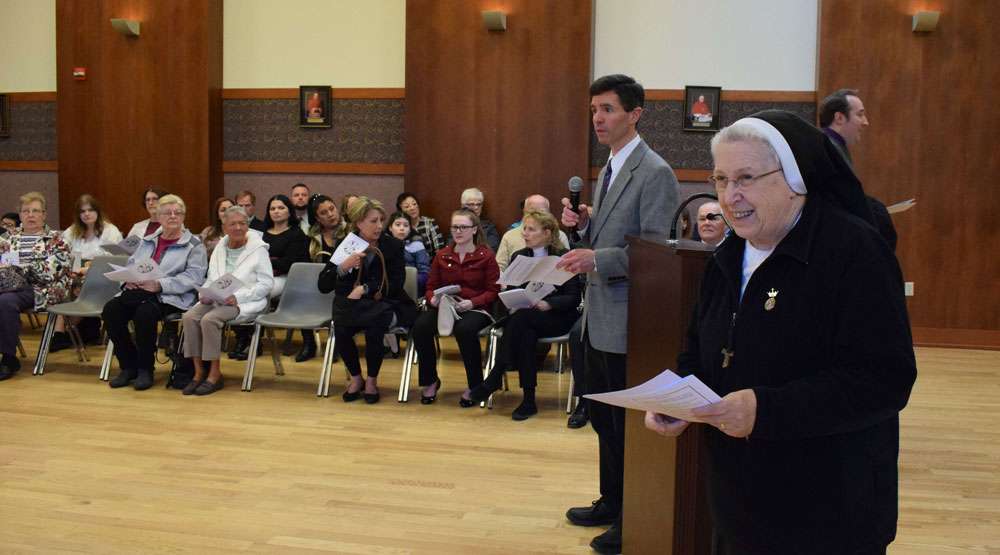 Be of great hope, you are at the threshold of the Catholic faith,” said Bishop of Allentown Alfred Schlert to 87 catechumens – people preparing to become Catholic — and their families during the Rite of Election. “You receive the Church’s embrace as chosen, as elect.”

Bishop Schlert was the main celebrant for the Rite of Election March 1 at the Cathedral of St. Catharine of Siena, Allentown. The ceremony was celebrated in English and Spanish.

Celebrated traditionally on the First Sunday of Lent, the ceremony recognized the preparation of 87 catechumens seeking full communion with the Catholic Church through reception of the sacraments of initiation (Baptism, Eucharist and Confirmation).

The Rite of Election marks the final phase of preparation for those participating in the Rite of Christian Initiation of Adults (RCIA). In his homily, Bishop Schlert acknowledged the relevance of the day’s Gospel and readings to the preparation of the catechumens.

“First we see Adam and Eve succumb to the cunning of the devil, followed by our Lord showing great restraint in response to temptation,” he explained. “The initial act of rebellion is undone by the obedience of Jesus to the Father.”

“These are the final days of your preparation for initiation into the Catholic faith, and that makes you a target for the evil one,” Bishop Schlert told the catechumens. “The devil wants your soul, and you are about to give it to Jesus – expect it, be ready for temptation.”

Reminding the catechumens that they have been chosen by the Father, Bishop Schlert noted that Scripture is a great weapon against evil.

“Look at how Jesus responded to the devil – he did not use his own words, but instead used the words of Scripture, his Father’s words, to push the devil back.”

Bishop Schlert encouraged the catechumens to read Scripture intently in the coming days, engaging it in the prayer life they have already established.

“Think of how you check your cell phone throughout the day, reading its messages and then responding to what you read,” Bishop Schlert said. “Try to live with the Scriptures as you would with your phone.”

After the homily, the catechumens were presented to the Bishop, accompanied by the affirmation of their sponsors that they have completed the necessary preparation for initiation into the faith. The catechumens expressed their readiness by signing their names in the Book of the Elect.

Bishop Schlert then declared the catechumens “elect,” committing them to be received into the Church at the Easter Vigil, where they will be baptized, confirmed and receive the Holy Eucharist.

“I have fallen in love with God more seriously now than ever before,” said David Feinberg, a catechumen who has been attending Mass at St. Thomas More, Allentown. “After visiting many denominations, attending services, and talking to leaders and pastors, I decided to attend Mass regularly on Sundays.

“I am most excited about being able to receive the body and blood of Christ as a proud Catholic,” said Albanese. “I’m hoping my connection to the Lord will grow after receiving Communion.”

Another catechumen, Eric Hinkle, attributes part of his conversion to attending Mass with his wife and her family.

“Throughout college, my wife and I would visit Jim Thorpe and go to Mass at St. Joe’s,” he said. “After time it resonated with me that this was the right decision for me. When our son was born, that solidified my decision to raise him in the Catholic faith.”

Come back to ad-today.com over the next few weeks to read stories about several of the people who will be entering the Church this Easter. 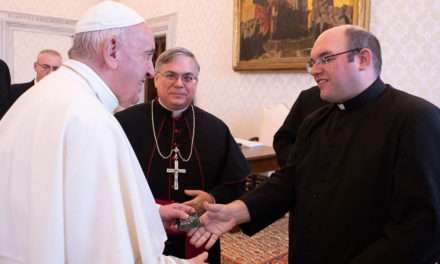 A Give-and-Take With a Down-to-Earth Pope 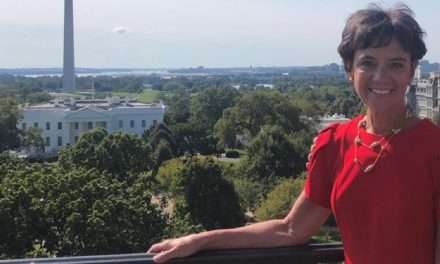 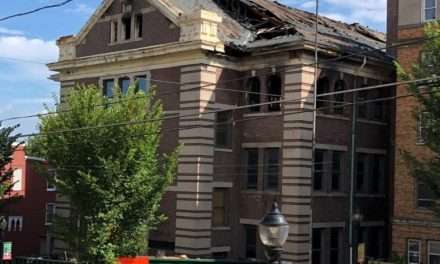 Fire-Ravaged Elementary School Will Not Be Rebuilt 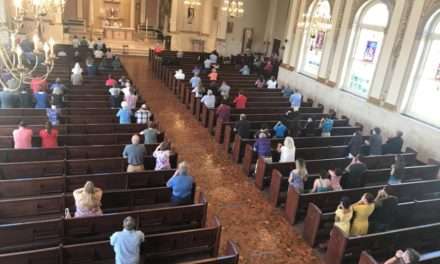