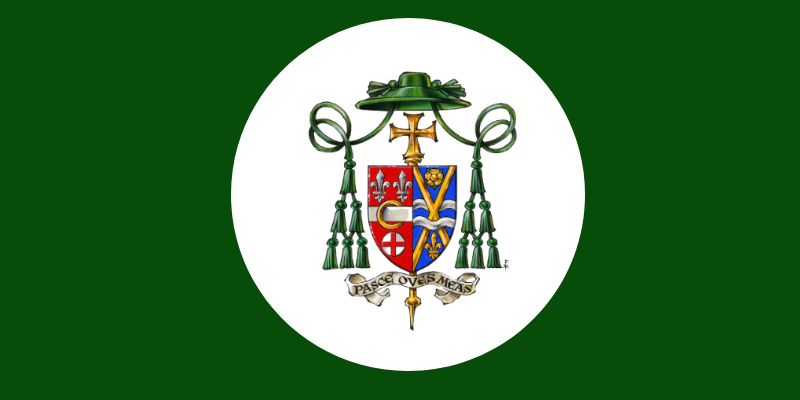 In his masterpiece, City of God, Saint Augustine of Hippo said, “For the human race is, more than any other species, at once social by nature and quarrelsome by perversion.” The social limitations of the Coronavirus and the Presidential Election prove the wisdom of Augustine’s points.

During the run-up to the election, it was possible to see America at its best when two side-by-side neighbors were living in peace despite having opposing political candidates’ signs in their front lawns. The worst of America was seen as opposing sides insulted one another and even did violence to one another.

It was jarring to the American psyche to see store fronts boarded up as a precaution to Election Day violence. And yet, what a thoroughly American scene it was to see citizens patiently waiting in socially-distanced long lines to cast their ballots, a right protected by the shedding of so much courageous blood over the course of our history.

Most would consider it poor form and insensitive to refer to a “disabled person.” Rather, we have learned that we use the term, “person with disabilities.” Personhood comes before the adjective. We are members of the human family first. That is our identity: as created in the image and likeness of God. The adjective is secondary to this basic acknowledgement.  For this reason, all human life, including the unborn, must be respected and protected.

Unfortunately, we have become a Nation, a society, that accentuates the adjectives. The adjectives come first, and as a result, we trample the recognition of the basic humanity in us. We label ourselves too often by our political ideology, race, gender, orientation, or religion. Hasn’t this election campaign shown us that we have emphasized these differences to the exclusion of seeing each other as human beings, as fellow citizens?  We have become a Nation of “-ists” and “-isms,” and we are impoverished by it.

After a very caustic presidential campaign, perhaps we can resolve to declare victory for ourselves as human beings and as fellow citizens by putting aside the adjectives and mistrust that have divided us for too long.  Our Savior overcame the scourge of sin to restore us to the dignity with which the Father created us. May we recognize the gift of the Father in each other through the unity of the Holy Spirit and redeemed in the Blood of Christ and see ourselves not as individuals identified by adjectives but as children of God.

Most Reverend Alfred A. Schlert 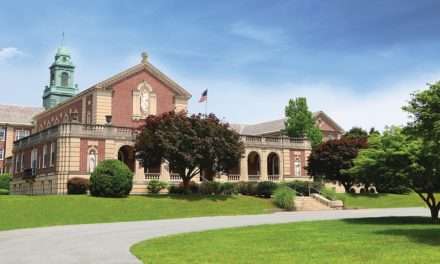 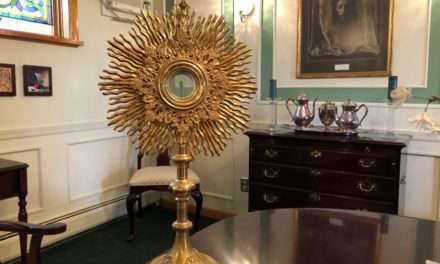 Missing Monstrance Returned. Was it the One Stolen from Ciszek Chapel in Shenandoah? It’s a Mystery. 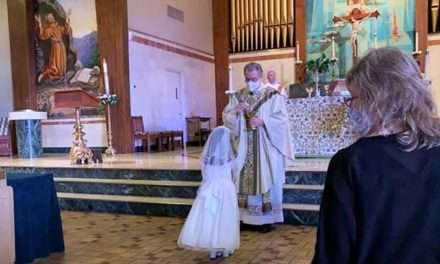 ‘Finally, Jesus Will Come to You in the Blessed Sacrament’

Bishop’s Letter to Priests: Now is the time for us to be nearer to our people