What I’m Doing Sunday —
Obviously going to Mass and celebrating Christ’s resurrection, but here’s something rather unique that I’ll be doing too – having a morning campfire! St. Patrick, in the year 432, lit a large fire which ultimately helped lead to Ireland’s conversion and we know that the tradition for Christians dates back even prior to that as St. Patrick was simply following the custom. It is still a very popular activity throughout Europe and I find it to be a great way to celebrate the time that Jesus rose from the dead as the light in the darkness and Him serving as light of the world. My boys especially enjoy it as it’s fun to setup a campfire in the morning and make s’mores after going for 40 days without any treats.

What I’m Excited For —
The Chosen Season 2!!!!! The trailer for the second season was just released on Wednesday and it looks like the season will be just as powerful as the first one was. You can stream the entire season on YouTube, get it via their app (Android or iOS) which is my favorite way since they have a lot of bonus content, or buy the DVDs on their gift website.

Which 7 Minute Video I Found Inspiring —
“Spineless Leadership with no Backbone” by Father Mark Goring. We are all leaders whether it be as a Bishop responsible for your diocese, a priest responsible for your parish, a principal responsible for your school, or even a parent responsible for your family. And it is important that we stand up for the truth and do not compromise on our values, especially those aligned to the Catholic Church. As Venerable Fulton Sheen once said, “The refusal to take sides on great moral issues is itself a decision. It is a silent acquiescence to evil. The tragedy of our time is that those who still believe in honesty lack fire and conviction, while those who believe in dishonesty are full of passionate conviction.”

What Movie I’m Looking Forward To —
Roe v. Wade. Here is the trailer for the movie that is being launched today. More than 61 million babies have been killed in 47 years of legal abortion (compare that to 6 million deaths during the Holocaust). We’ve already seen President Biden take steps backwards on the fight for babies and now there is talk of abortion by mail. Abortion advocates are pressuring the Biden administration to allow abortion pills to be prescribed by phone or online, allowing women to circumvent state-based restrictions on abortion of children up to 10 weeks. It’s snowing!

What Books I Read —
“Jesus of Nazareth: From the Baptism in the Jordan to the Transfiguration” by Pope Benedict XVI. “In this bold, momentous work, the Pope seeks to salvage the person of Jesus from today’s “popular” depictions and to restore his true identity as discovered in the Gospels. Through his brilliance as a theologian and his personal conviction as a believer, the Pope incites us to encounter Jesus face to face.”

“Killing Jesus” by Bill O’Reilly. This one was a re-read for me as I wanted to read it to help me lean-in to Holy Week. The entire “Killing” series is absolutely brilliant and this one lives into the hype. In this book you’ll learn the historical and societal context associated with the Passion of Jesus with details that help paint a vivid picture of what went into Jesus’s brutal execution.

BONUS – What Additional Quote I’m Reflecting On —
“If the devil can’t take what God has given you, he will simply make you despise it, encouraging you to wish you had something better.” -Becky Thompson. This plays directly into the “Four Common Tactics of the Devil“ 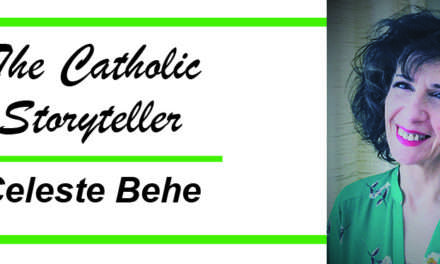