What I’m Reflecting On —
Imagine if people were as excited to go to confession as they are to get the covid vaccine. Euphorically cheering each other on as they sought immunity from spiritual death. Driving upwards of two hours and even taking time off work to cleanse their soul. Posting their post-absolution selfies for the world to see. Congratulating others as they announce that they have an appointment scheduled. Educating their friends and family on the value behind doing so and encouraging everyone to go as soon as possible for the common good. Even going so far as to offer assistance to help loved ones identify opportunities near where they live. Oh what a world it could be.

What I Researched —
The Tetramorph. The what? Yes, the tetramorph. It sounds like a video game move or something out of a sci-fi book. It’s actually much more ingenious than that. “A tetramorph is a symbolic arrangement of four differing elements, or the combination of four disparate elements in one unit. The term is derived from the Greek tetra, meaning four, and morph, shape. In Christian art, the tetramorph is the union of the symbols of the Four Evangelists, derived from the four living creatures in the Book of Ezekiel, into a single figure or, more commonly, a group of four figures. Each of the four Evangelists is associated with one of the living creatures, usually shown with wings. The most common association, but not the original or only, is: Matthew the man, Mark the lion, Luke the ox, and John the eagle.” Pretty neat, ay?

What News I’m Watching —
About the kidnappings in Haiti. Five priests, two nuns, and two other people kidnapped more than a week ago amid a spike in violence that the government is struggling to control. Catholic institutions including schools and universities closed Wednesday across Haiti in a three-day protest to demand their release.

What I’m Looking Forward To —
My son Lucas’s First Communion taking place tomorrow. It’s a monumental step in the life of any individual; receiving Jesus’s body, blood, soul, and divinity. The Eucharist is the source and summit of the Christian life. And what’s also neat is that my diocese is having a Year of the Real Presence with extra adoration and confession being made available. Even CNA picked up on it!

What I Read —
“Jesus Shock” by Peter Kreeft. This book was extremely approachable and a quick read as well. I greatly appreciated the intellectual depth while combining 21st century secular language to establish strong statements. If you are looking to get into spiritual reading but have never done so before, this would be an ideal place to start. 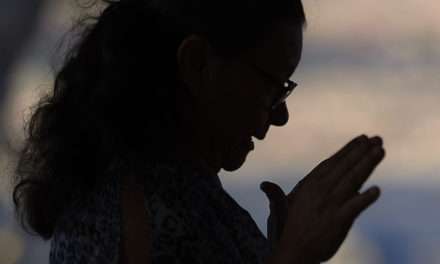