What Glory Story I Witnessed —
A sign from Our Lady and The Lord. As Our Lady of Fatima recommended, we pray the rosary every day to meditate on the Lord and his life. On Tuesdays we pray the Sorrowful Mysteries (agony in the garden, scourging at the pillar, crowning of thorns, carrying of the cross, and the crucifixion) and my oldest (Lucas) was absolutely balling while trying to do the responses so I ended up taking over the whole rosary while he cried inconsolably for nearly 10 minutes, even after the rosary was finished. He stated that he was so sad at what was done to the Lord and he couldn’t get over how much the Lord endured for our sake. Mind you, this was on our way to the store. After we talked about it a bit we proceeded to get out of the car and this is what we saw. I couldn’t believe it. Lucas and I stared at each other with mouths wide open. This was 5′ away from us directly facing Lucas’s car door. Praise God!

What I Researched —
Holding hands (or putting your hands out in the “orans” position like the priest does) during the Our Father prayer during Mass. This one came about as a result of a reader inquiry. They read last week’s entry (third of five items) about receiving the Blessed Sacrament and wanted to know what the Church’s stance is on the orans position. The United State Conference of Catholic Bishops’ directive is that “no position is prescribed in the Roman Missal for an assembly gesture during the Lord’s Prayer.” As such, holding hands or doing the orans posture should not be done by the laity. In fact, the posture is reserved only for that of the priest and not even deacons are prescribed to do it. What is interesting is the rationale for why people do it. Many people do it because they’ve always done it or because they are converts who did it outside the Church. Some people have told me they do it because they are praying, which is interesting because if that is the case, they should at least be consistent and hold hands during the entire Mass since it is essentially one giant prayer. I did an unofficial survey during daily Mass a few days ago and roughly 2/3 of the congregation partook in the orans position. It’s pretty common in the Novus Ordo world! So what should you do in place of the posture if that is what you are used to doing? First of all, don’t beat yourself up. You didn’t commit a sin, don’t worry. Moving forward, keep your hands folded and your minds on Heaven.

What I’m Reflecting On —
The beginner’s spirit. Back in 2009 I wrote a short blog post around the topic of “Never Forget Your Beginner’s Spirit” and I was reflecting on it recently watching the excitement of the kindergarten, 1st, and 2nd graders that I coach when they hit the baseball. Most of them get so excited to make contact and sprint to first base that they are giddy about it with the biggest smiles. Carry that thought over to having recently watched many young boys and girls receive the first Holy Communion. They know it is a sacrament that they are participating in and there is a seriousness to that but at the same time they have a hard time holding back their excitement afterwards on the way back to their pew. That’s “the beginner’s spirit” on full display right there. They recognize the significance of what they just did and the associated excitement that goes along with it. As adults we often times either forget about the magnitude of what we partake in (i.e., it becomes routine) or we suppress our emotions. My challenge this week for you (and me!) is to never forget the beginner’s spirit. Bring it back. The next time you receive the Blessed Sacrament, the next time you have a holy moment, whatever it is – don’t suppress the emotions. Treat it for what it is – a big deal!

What News Is Exciting —
Watching the “Texas Heartbeat Bill” make its journey towards becoming a law. The bill requires physicians to check for a baby’s heartbeat and inform the mother if the presence of a heartbeat is detected. Once a heartbeat is detected, the doctor must take all necessary steps to protect the life of the child. This usually occurs around 6 weeks of age. What’s interesting is to see the pro-abortion media’s coverage of it. The very first line from ABC News says, “Texas would ban abortions after as early as six weeks — before many women even know they are pregnant…” Anyone who studies history knows that history repeats itself. What did they say during slavery as justification? “Not a person.” What about during the Holocaust? “Not a person.” And what do pro-abortion people say? “Not a person.” Science doesn’t lie – human life begins at fertilization.

What I Read —
Breath: The New Science of a Lost Art by James Nestor. This is definitely a health book vs. a spiritual one but I wanted to share it because there was a powerful observation shared in the book around praying (specifically) the Hail Mary in Latin (see: Ave Maria) and the bodily benefits to it. Here is an article from 2001 that mentions it and is worth the read. 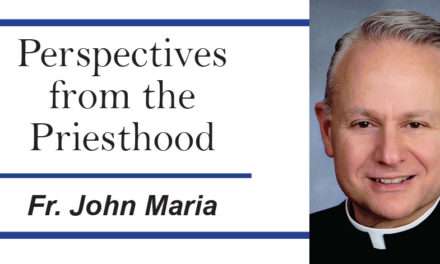 The Humility of Christ