What Quote I’m Reflecting On —
“Whenever a father fails to pray, suffer, and do good works in order to merit graces for his wife and family, he fails in the most important task of husband and father.” -Fr. Ripperger. Just as a priest is called to offer sacrifices and prayer (CCC1540), a lay father is called to be the priest of his family and likewise offer sacrifices and prayer.

Which Homily I Really Enjoyed —
“It’s Not Your Vineyard” by Father Mike Schmitz (audio or video format). It’s 26 minutes long and based off of last Sunday’s Gospel from Matthew 21:33-43 with a focus on anxiety and the ultimate love and peace that can be found when we trust in the Lord. Oh! And a great story about Father Walter Ciszek at the end (side note: the Diocese of Allentown is working on his cause for canonization which is currently being reviewed in the Vatican).

What Facts I’m Reflecting On —

Why isn’t abortion a pandemic?

Consider this comparison: If all the Americans who have died of COVID to date were to die at the rate and frequency of abortion, the toll of abortions that takes until December 31 to reach would be reached by COVID on March 29.

Pro-abortionists will, of course, dismiss this comparison. They would claim I’m mixing apples and oranges, because there are no “deaths” from abortion, even though they rigidly refuse to talk about when human life begins and certainly reject the scientific fact that it begins at conception. (source)

Which Examination of Conscience I Did —
This one from Father Dylan James, which is based off of the 7 deadly sins. That one is pretty generic for people in general but he also has them for seminarians, teenagers, and priests. I heard about it on a podcast a year or two back and have found myself going back to it time and time again. For those of you who are more tech savvy, I like the Laudate (Latin for “praise”) mobile app which has many great features but specifically a walk through app for confession.

What Movie I Watched —
“Pray: The Story of Patrick Peyton.” This movie is being released today nationwide. I had an opportunity to watch a screening of the movie and it’s an extremely inspiring, really well put together movie about a brilliant man. “The inspiring true story of a poor Irish immigrant who sets sail for America in 1928 with dreams of becoming a millionaire but, with the help of the most iconic celebrities of Hollywood, ends up spending his life championing the message, “The family that prays together stays together.”

A Prayer to Combat the Coronavirus Pandemic 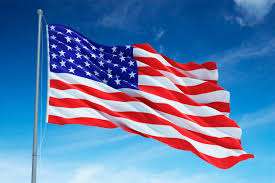