Five Faith Friday: What If they Don’t Come Back?

What I’m Contemplating —
What is going to happen to the Church with the departure of so many due to covid-19. Every clergy member (and lay person!) should watch this video titled “What If They Don’t Come Back?” It provided me with a great perspective because we know that not everyone is going to come back. I’m also reflecting on a homily I heard yesterday that relates directly to this topic. I’m paraphrasing but it went something like this:

There was a parishioner named John who had grown lackadaisical recently and not showing up at church. His pastor paid him a visit and the two men sat down next to the fireplace. The pastor asked where he had been. “Oh! I can pray to God just as well here at home!” At that, the pastor didn’t say a word… he simply grabbed the fireplace tongs, picked up a hot coal from the fire, and set it away from the fire, out on the hearth. Both men then watched the coal. While the fire roared on, the coal which had been red hot began to lose it’s heat. It gradually lost it’s red color, and then cooled off so that it became cool to the touch. The pastor picked up the coal, and handed it to John for a moment… neither man said a word. Then the pastor reached out and took the coal back from John, and returned it to the roaring fire… and in just a few short moments, the coal once again glowed red hot, as the pile of flaming coals caused it to heat up again. The pastor then got to his feet, put his hat on, and shook John’s hand. At that point, John looked at the pastor with tears in his eyes, and told him “Thank you for coming, pastor, and I’ll be back in church this coming Sunday!”

What I Celebrated —
Lucas’s (my oldest) first reconciliation yesterday! Here he is doing his penance afterwards. What a joyous time to celebrate one of the greatest gifts God has bestowed on us… a clear sign of God’s love and mercy as we are granted the ability to confess our sins and get a fresh start. We need to remember that confession is a place of victory and not anything we should shy away from. For all of those parents out there with kids receiving theirs, make sure you set an example and go experience God’s mercy too. Don’t make this their first and last reconciliation. And don’t forget to celebrate! Maybe in a week or two, go to confession as a family and then go out to dinner to celebrate. Treat it as a special moment because it is.

What Reflection I Heard —
It’s called “We Need Saints.” We can’t settle for mediocrity in our lives. At the end of this day, we need saints. I heard this reflection on the Ask Father Josh podcast and just had to share:

What I’m Participating In —
The Stand4Life event in Allentown, PA. Unfortunately the March for Life  was cancelled this year due to a variety of reasons but there are Stand4Life events occurring all throughout the world in its place. Here are two of my pictures I took at last year’s March in D.C. and you can tell that there are TONS of people although unfortunately the main stream media doesn’t cover the event (big surprise, right?) but here is a time lapse showing you how many people participated. Ever since Jesus started the Catholic Church back in the 1st century, it has always supported the right to life. It literally can’t compromise on that value. In fact, “No Catholic can responsibly take a “pro-choice” stand when the “choice” in question involves the taking of innocent human life.” and really no Christian can be “pro-choice” either. Unfortunately we have a President who identifies as Catholic yet also supports abortion – you literally can’t be both. It would be like saying, “I’m a Christian but I don’t believe in Jesus.” They contradict one another.

The event is actually today (Jan 29) from 3-5pm. If you want to join, shoot me an e-mail ASAP and I’ll send you the details (DavidRYingling@gmail.com).

What Book I Read —
“The Day Is Now Far Spent” by Cardinal Sarah. Amazon has it rated as a 4.8 out of 5 stars with 550 reviews and I concur! “Robert Cardinal Sarah calls The Day Is Now Far Spent his most important book. He analyzes the spiritual, moral, and political collapse of the Western world and concludes that “the decadence of our time has all the faces of mortal peril.” A cultural identity crisis, he writes, is at the root of the problems facing Western societies. “The West no longer knows who it is, because it no longer knows and does not want to know who made it, who established it, as it was and as it is. Many countries today ignore their own history. This self-suffocation naturally leads to a decadence that opens the path to new, barbaric civilizations.” While making clear the gravity of the present situation, the cardinal demonstrates that it is possible to avoid the hell of a world without God, a world without hope. He calls for a renewal of devotion to Christ through prayer and the practice of virtue.” 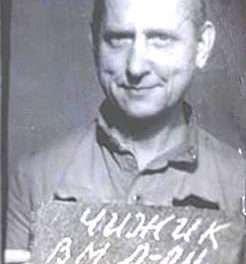