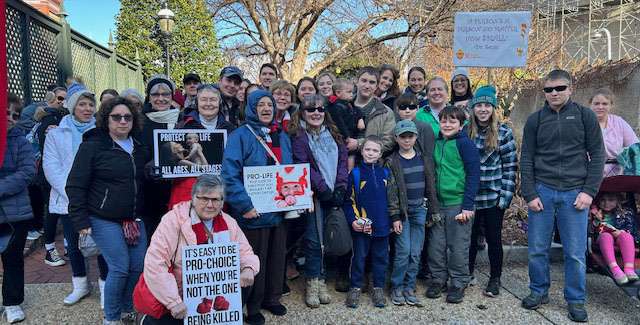 People from the Diocese of Allentown were among those making history at the landmark 50th annual March for Life in Washington, D.C. on Jan. 20. It was the first march since the Dobbs ruling that overturned Roe v. Wade, the infamous 1973 decision that legalized abortion in the United States.

Fifty-two of the faithful, from nearly a dozen different parishes, departed for the capital from St. Jane Frances de Chantal Church in Easton.

Anthony Sulpizio, a parishioner of Notre Dame of Bethlehem, was attending the yearly event for the 33rd time. Noting that the battle for life is far from over, Sulpizio asserted, “There’s a lot more to do!”

Recalling an encounter from a previous March for Life, Sulpizio said, “I ran into a couple who had been pro-abortion escorts where I had been a sidewalk counselor. They were there with their baby, and they told me of their conversion to pro-life, and that they had become Catholics.”

Linda Stangl, from Holy Family Church, Nazareth, has participated in the March for Life every year since 2003.  She is always moved by the “humility and honesty” of those who “have regretted their abortions and/or their participation in the abortion industry.”

“There are many pro-life people in this country, contrary to what the media tells us. I keep coming back because it is important to witness for life,” said Stangl.

Witness is “critical,” said Silva Emiliani-Mowrey. A St. Jane parishioner who has been “speaking out about abortion for many years,” Emiliani-Mowrey attended the march for the first time. She hoped the marchers “will send a strong message to legislators that Americans don’t want abortion as a choice and as a ‘right’ for women.”

She met Andrew Azan, who served as this year’s bus captain for the Washington-bound St. Jane bus. They started dating, and Emily “again started going to church.”

“Andrew invited me to the Harrisburg March for Life, where I enjoyed being with people with the same values,” she said.

Azan, a Sacred Heart parishioner, viewed this year’s march in Washington, D.C. as an opportunity for further progress. “Doors are now open at both Congress and Senate. We need to give them a message: We will always support life,” he said.

‘“Do good works and have Faith.’ This is a motto I firmly stand with,” said Julia Krysztopik, who traveled on the bus from St. Stephen of Hungary Church, Allentown. “This is my second year marching in the March for Life, and I cannot wait to go back.

“About a year ago my mother told me a story about her close friend in Poland. Her friend had become pregnant at the young age of 17 and had an abortion. That abortion forever impacted her life and left a brutal scar. It truly shows you that it doesn’t matter your language, culture, or ethnicity. Abortion affects all women the same way, leaving them with unimaginable scars.

“The pro-life movement has helped me decide on my career: I want to help and protect women and children, and their families.”

Some pro-life faithful unable to attend the march participated in a Day of Prayer, Action, and Fasting, at St. Joseph the Worker, Orefield, created by local pro-lifers and promoted by the young adult group Juventutem.

Annaleigh Gidosh, who helped plan the event, reported that a couple chose life as a result of the sidewalk counseling offered that day.

“Love saves lives,” declared Gidosh. “God is love, and we continue to look back to our Lord and our faith to inspire us in this spiritual battle.”

In the photo: A group from St. Ambrose Parish, Schuylkill Haven. 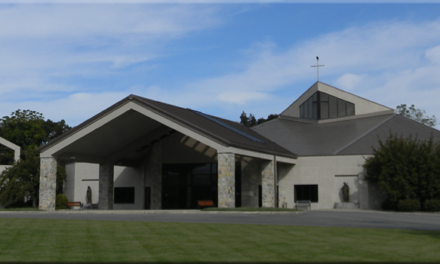 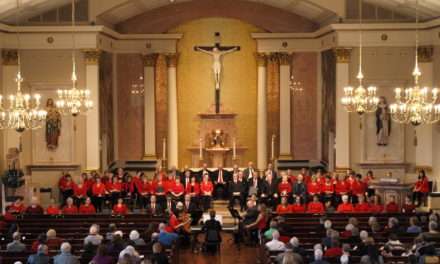 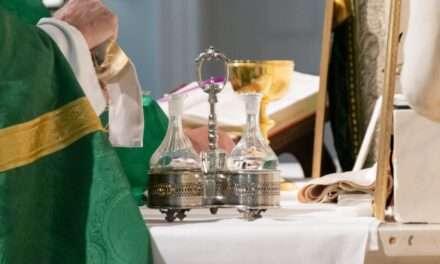 The Importance of the Funeral Mass 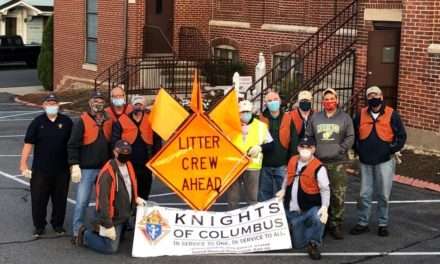 Because We Are Catholic: For Community-Minded Parishioners, Giving Back Means Picking Up