A small cardboard container shaped like a rice bowl placed in the dining room or kitchen has been a common sight during Lent for families in the Diocese of Allentown since Operation Rice Bowl began in 1975.

It’s become a Lenten staple that families or groups eat a simple meal one day a week during Lent and contribute the funds that would have been spent on a more elaborate meal to Operation Rice Bowl to aid the world’s hungry.

Together with a rabbi and three ministers, Monsignor Robert Coll – pastor emeritus of Assumption BVM, Bethlehem in the Diocese of Allentown, now retired to Naples, Florida – first organized Operation Rice Bowl as an ecumenical response to the African drought of 1974-75.

Monsignor Murphy forwards the collection to Mark Smith, secretary of the Diocesan Secretariat for Temporal Affairs and chief financial officer, and then to Bishop Alfred Schlert.

Edward Liszka is administrative assistant for the Propagation of the Faith and St. Peter the Apostle Fund in the Diocese of Allentown.

“The cross tells us of one who waits around the bend to bear our burden or even to lift us up if we fall, but he does not force any person to follow his way. The choice is ours – mine, yours, up to each of us,” said Monsignor Murphy, pastor of St. Thomas More, Allentown.

“The cross continually reminds us that the victim on the cross was God’s only begotten son. He taught us to love one another as he loves us.

“There is one Gospel, one truth, one Lord. And the same Lord who cried out, ‘Father into your hands I commend my spirit’ was the same Lord who said ‘whatsoever you do for the least of my brothers and sisters you do unto me.’

“The people of the Diocese of Allentown each year generously, lovingly and unselfishly give their all to Christ so that they may give Christ to all.”

St. Agnes Mathew of the Christu Jyothi (Sisters of Christ the Light) in India received a grant of $3,000 for the sisters’ work with speech and hearing-impaired children.

There are 100 children attending their school. Some are orphans and others come from very poor families. The sisters have a building that houses classrooms, and the need for hearing aids and special audio equipment are essentials for teaching these children with special needs.

When a child completes a year of schooling, they are able to pronounce their words better and accept their role in life as physically challenged. Sign language is also taught to the children that are totally without hearing.

Other programs that received grants from 2019 Operation Rice Bowl were: 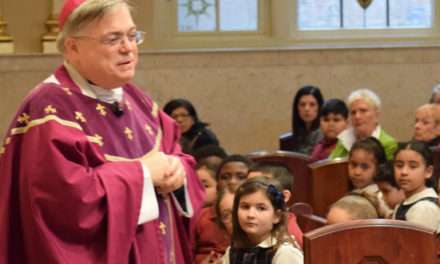 Bishop to Kids: Lent is like cleaning your fridge 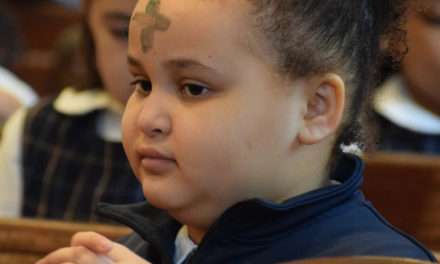