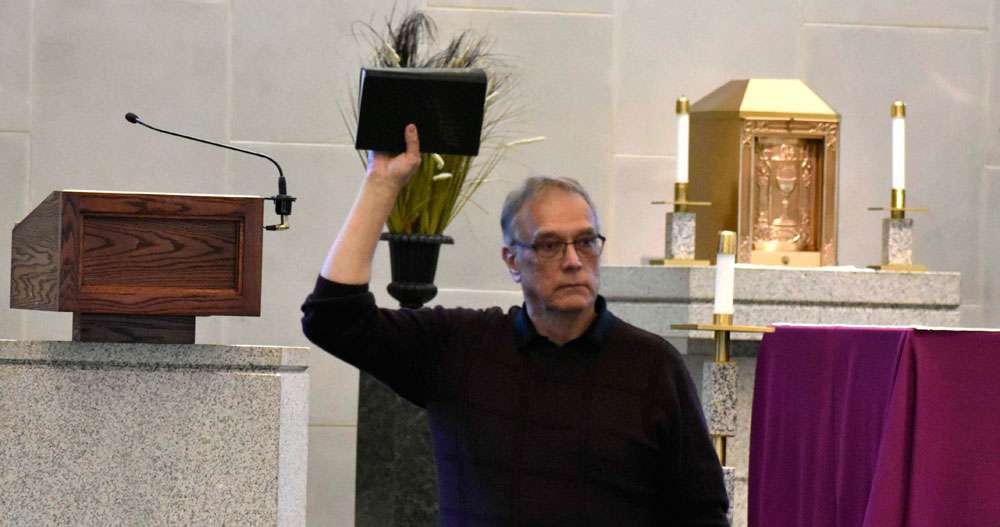 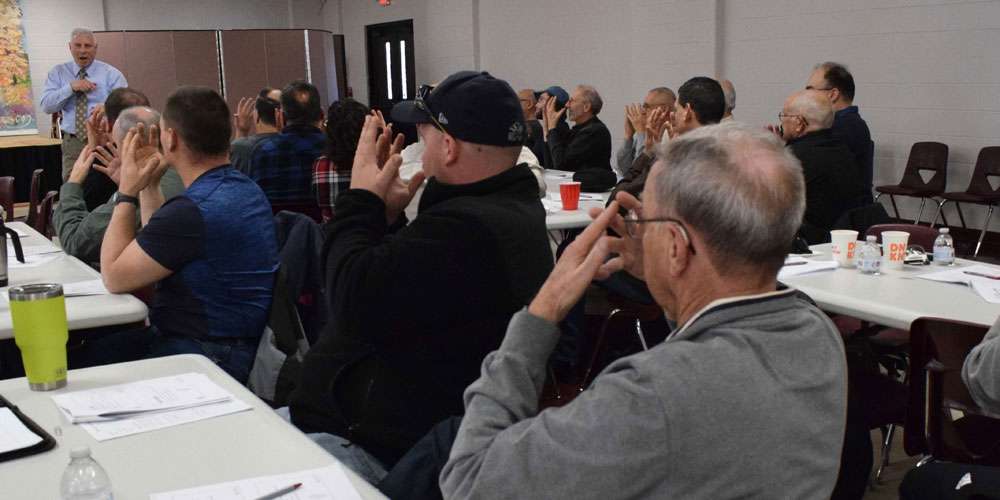 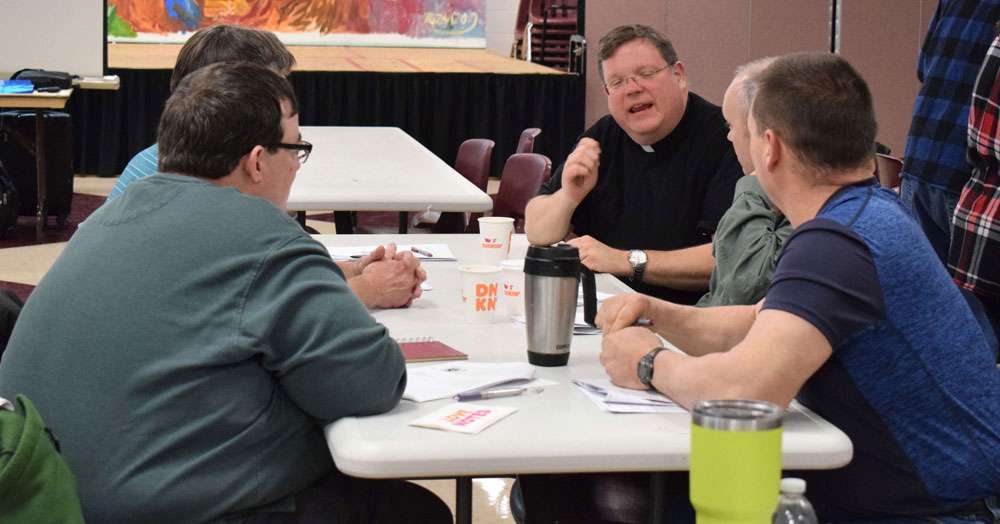 In the wake of acts of violence in churches, synagogues and other public places, the Diocese of Allentown wants its parishioners to be protected and safe. On March 7, in the parish hall of St. Catharine of Siena, Reading, representatives of over 10 parishes were trained to create, develop and implement their own safety procedures at their home churches.

The Church Security Workshop, sponsored by the Diocese, trained over 70 first responders, ushers, parishioners and priests to return to their parishes and train other parishioners who will be part of the parish’s security team.

“We …advocate for total preparedness for all situations,” including severe weather or fires, said workshop leader Thomas Barnowski, director of corporate and public safety education at Northampton Community College.

Barnowski started off the four-and-a-half-hour workshop with a scenario to put participants in the safety mindset. “I want everyone to close their eyes and point to an exit,” he said.

Some haphazardly pointed to a corner emergency exit, but most pointed to where they entered the room.

When people are not aware of their surroundings, they all focus on one exit. If too many people try to exit one area, the exits are not as speedy as they could be if all exits were used.

A simple way to fix this is to divide the room into two halves – and execute it by having the people leave through separate doors.

“It’s the job of ushers, greeters and members of the security team to monitor people that exhibit abnormal behavior,” said John Mazzeo, former Easton police captain. “Churches were not built to be secure fortresses like a prison.”

Simple changes to the security plans can be made. For example, Mazzeo presented that a church with five entrances slims down to one after Mass has begun.

Catholic Mutual Group strongly recommends having a safety action plan and states that “It is important to understand there is no simple formula for survival in a threatening situation. Although, a survival mindset will get you a much stronger foundation upon which you can base your decisions and actions.”

Mazzeo offered his services beyond the day’s workshop and is willing to sit down with parishes to form a detailed action plan based on the individual churches’ layouts.

Barnowski explained how safety can be a ministry, and Father Martin Kern, pastor of St. Columbkill, Boyertown, is taking that message to heart.

“This gives the parish an opportunity to start a ministry to be mindful of needs and how we can respond in the presence of an attack,” he said.

Previous workshops were Feb. 29 at St. Clare, St. Clair; Feb. 1 at Our Lady of Perpetual Help, Bethlehem; and Feb. 15 at Cathedral of St. Catharine of Siena, Allentown. The fifth and final training will be Saturday, March 14 at 9:30 a.m. at St. Mary, Hamburg. 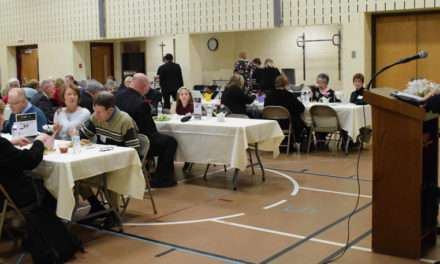 ‘Because We Are Catholic’ Annual Appeal Begins 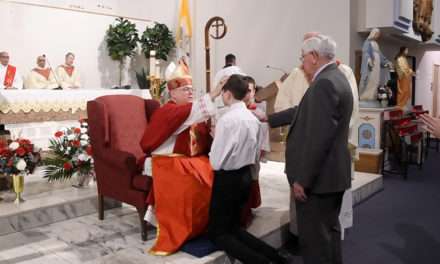 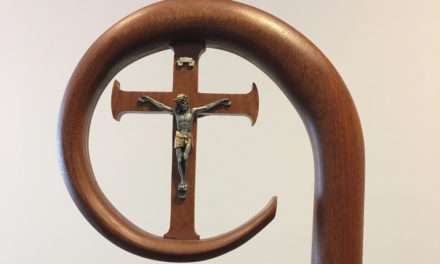 On Church projects, this woodworker mixes sawdust with prayer 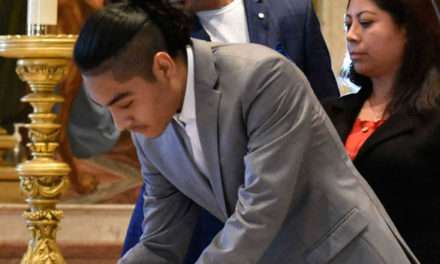