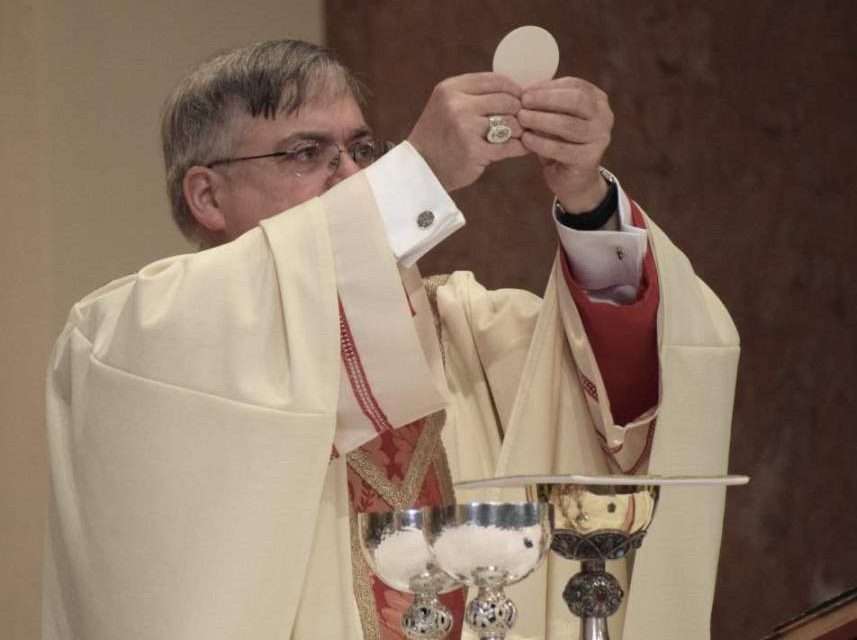 On the date our Diocese came to life 60 years ago, and on the first day of the Year of the Real Presence, and at the start of a Jubilee Year in the Diocese of Allentown, Bishop Alfred Schlert celebrated Mass on Divine Mercy Sunday at the Cathedral of St. Catharine of Siena, Allentown.

“We begin the celebration of the Year of the Real Presence,” Bishop Schlert said, “to remind ourselves of Jesus’ great gift of the Holy Eucharist. It is the core of our faith.”

He pointed out that many Catholics, according to a recent survey, believe the bread and wine are symbols, and not the Real Presence of Jesus Christ in the Holy Eucharist – His true Body, Blood, Soul and Divinity.

“Our task in this year, as a Roman Catholic Family of Faith,” he told those gathered in a socially distant way at the Cathedral, and those around the Diocese watching via livestream, “is to reach out to those who no longer believe that the Real Presence of Christ is on our altar.”

The Year of the Real Presence will be a time for the faithful to rededicate themselves to, and to reaffirm their belief in, the presence of Jesus Christ in the Holy Eucharist. The year also will be a time for people to rejoice in the gift of their own presence at Mass with families, friends, and clergy.

Divine Mercy Sunday celebrates God’s loving mercy toward all people. It falls on the Sunday after Easter, also known as the Octave of Easter, and is based on the visions of and conversations with Jesus reported by St. Faustina, who was a Polish nun in the early Twentieth Century.

Following the Mass, the Most Blessed Sacrament was placed in a monstrance on the altar for a period of Eucharistic Adoration. Confessions were available between 2 p.m. and 3 p.m.

At 2:45 p.m., Bishop Schlert offered a reflection for those gathered, and at 3 p.m., the Divine Mercy Chaplet was prayed. During the afternoon, musical interludes were provided by the Diocesan Schola.

The five counties of the Diocese of Allentown – Berks, Carbon, Lehigh, Northampton, and Schuylkill — were separated from the Archdiocese of Philadelphia when the Diocese was founded on January 28, 1961 by Pope St. John XXIII. It was not until April 11 of that year, however, that the first Bishop of Allentown, Most Rev. Joseph McShea, “took possession” of the Cathedral, launching the start of diocesan life. 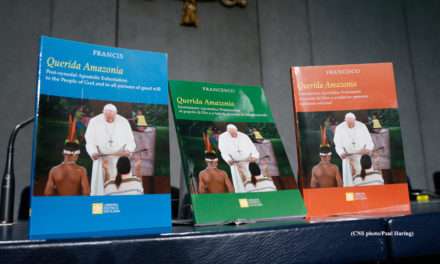 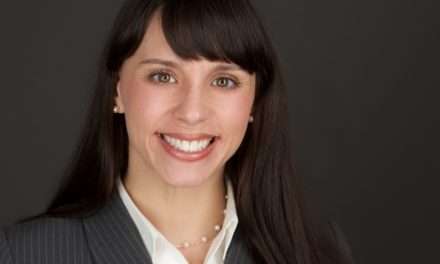 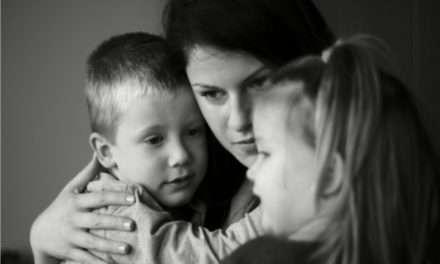