There is Nothing that Escapes the Eyes or Ears of God.

It was a rainy Sunday in 1969, and my 5-year-old brother Frank and I were roaming around the house, looking for something to do. Always attracted by bright, shiny things, I was suddenly drawn to the collection of dime-store bracelets on my mom’s dresser. The plastic bracelets – about two dozen of them, in every color of the rainbow – were strung on a loop of ribbon for safe keeping. I was sure that Mom wouldn’t mind if Frank and I played with the bracelets, as long as we were careful. So I undid the ribbon and spread the bracelets out on the floor.

That last demo was a mistake. It took only one exuberant toss of a chunky bracelet to send a canister of loose face powder skidding off Mom’s dresser and onto the floor, popping its lid and releasing a blast of “rosy beige” face powder.

Some of the powder dispersed into the air, some fell in a little mound, and some settled into the fine cracks of the old unvarnished floor, veining the dark wood with orangey beige lines. In no time at all, the fragrance of the strongly scented powder began to waft downstairs, where Mom was making dinner.

“Celeste! Frank! What are you kids doing up there, anyway?”

“Nothing! We’re doing nothing!”

Mom was suspicious. That wasn’t good. In desperation, I snatched Frank’s DC Superheroes pajamas from under his pillow and began vigorously rubbing the powder-striated floor with them. Meanwhile, Frank stood guard near the stairway, watching for Mom.

I was a little worried about the way things were cleaning up: for something so lightweight, that face powder was leaving some heavy “rosy beige” marks on Frank’s jammies. But at least the floor looked a bit better.

Having deemed the cleanup mission accomplished, I stuffed the pajamas, mottled with orangey splotches and smelling like an English garden, under Frank’s pillow. I restrung the bracelets while Frank replaced the dresser-top paraphernalia, and then my brother and I went downstairs to innocently watch TV.

Were Frank and I eventually found out? Yes, and we sure were surprised by the intensity of Mom’s anger.

But, in later years, what surprised Frank and me even more was our naive supposition that the spilled powder would not be missed, the faint streaks in the floor would be overlooked, the splotches on the pajamas would go unnoticed.

St. Luke says that “Nothing is covered up that will not be revealed, or hidden that will not be known. Whatever you have said in the dark shall be heard in the light, and what you have whispered in private rooms shall be proclaimed upon the housetops” (Luke 12:2-3).

There is nothing that escapes the eyes or ears of God. All sins, whether committed openly or secretly, are exposed to His gaze.

And even those sins that seem “lightweight” – overeating, impatience, gossip, being careless with Mom’s stuff – leave a mark that, like an orangey stain that has set, can’t be rubbed away by wishful thinking. We can hope for a pillow to stuff our sins under, but the sins won’t be hidden.

Thank God for the Sacrament of Penance, as “the regular confession of our venial sins helps us form our conscience, fight against evil tendencies, let ourselves be healed by Christ and progress in the life of the Spirit” (Catechism of the Catholic Church 1458).

In failing to confess, Lord, I would only hide You from myself, not myself from You”(St. Augustine). 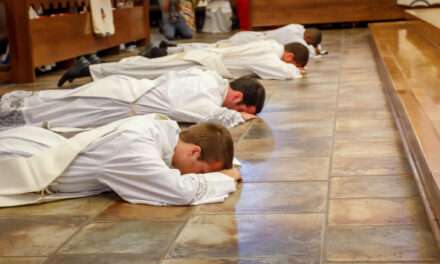 More Than 400 Men Will Be Ordained Priests This Year. Here Are Some Interesting Facts About Them 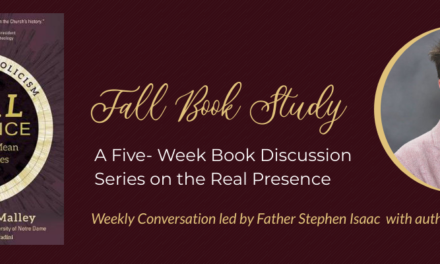 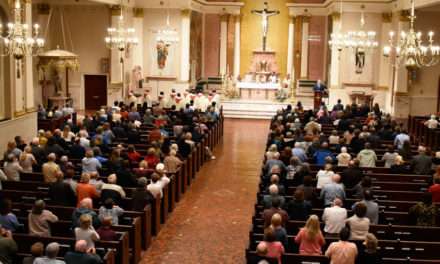