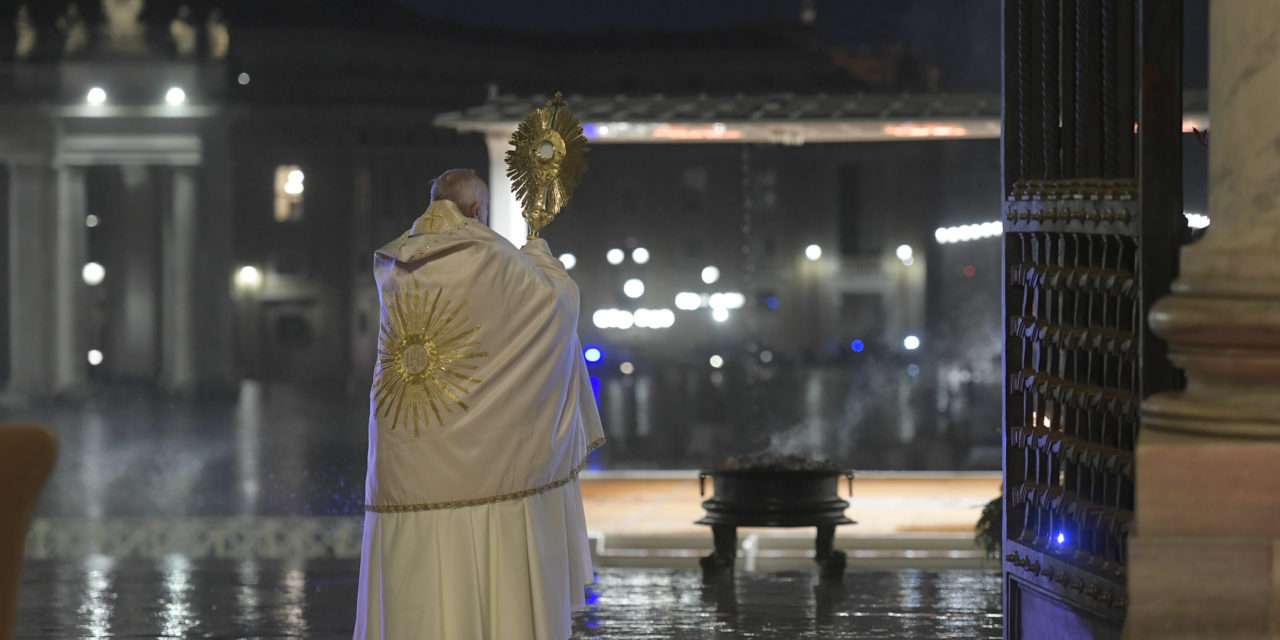 On Friday, Pope Francis gave an extraordinary blessing “urbi et orbi” (to the city and the world) at 6 p.m. Rome time. That was 1 p.m. here in the Diocese.

The formal blessing — usually given only immediately after a new pope’s election and on Christmas and Easter — carried with it a plenary indulgence for all who followed by television, internet or radio.

After reciting the Angelus prayer March 22 from the library of the Apostolic Palace, Pope Francis announced his plans for the special blessing, which, he said, would be given in an “empty” St. Peter’s Square because all of Italy is on lockdown to prevent further spread of the virus.

To read the text of the Holy Father’s blessing in English, click here.

For a replay and summary, go to this site: Vatican News. 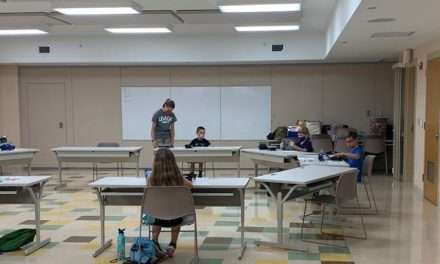 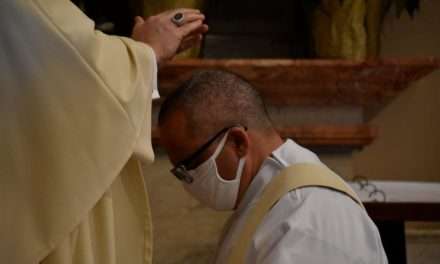 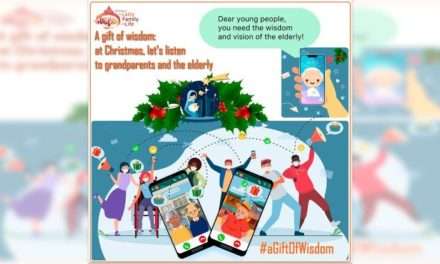